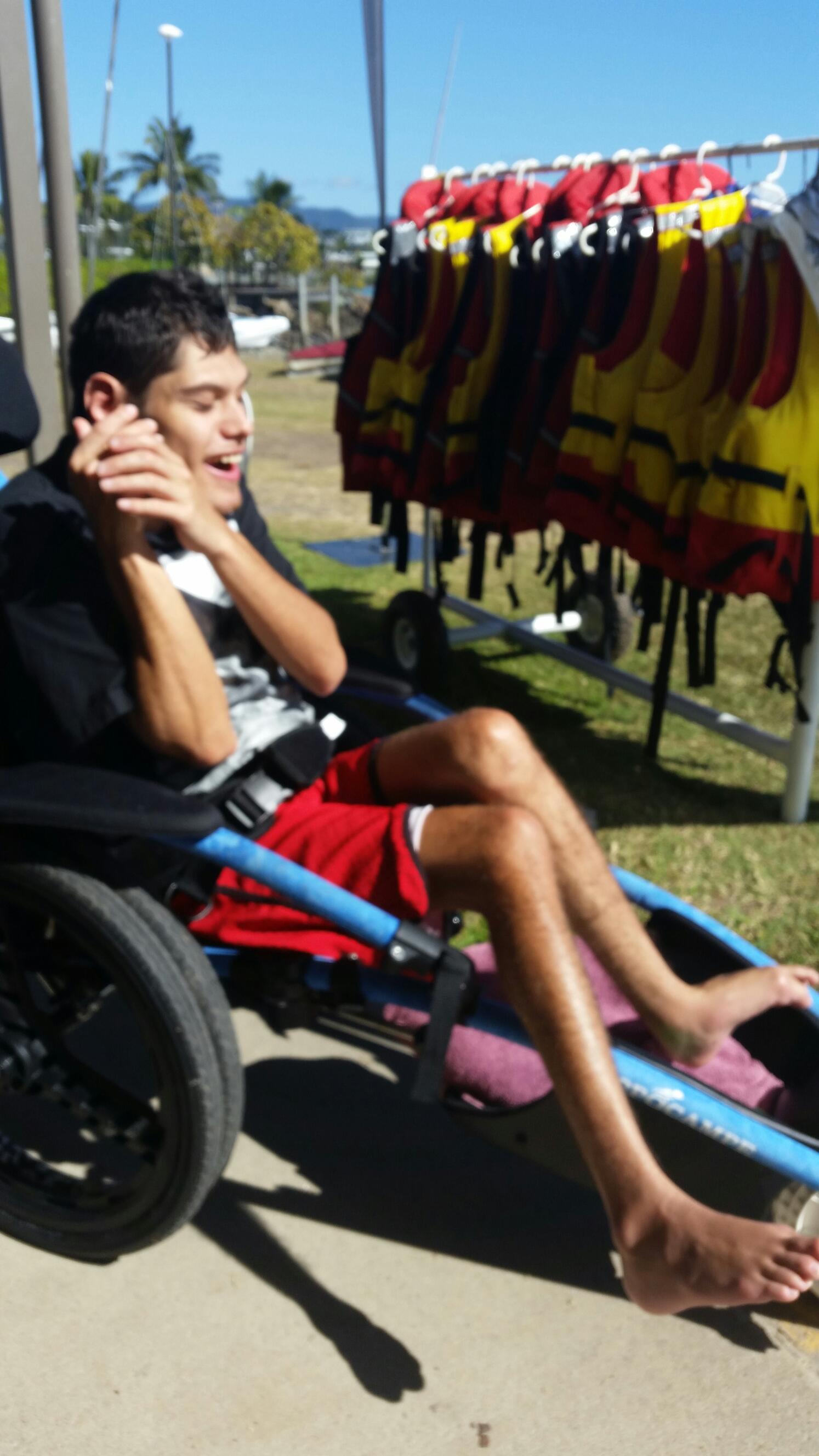 My name is Donna and I am mother to Corey who is 27 years old. Corey has been diagnosed with Cerebral Palsy. He is also cortically blind, has an intellectual disability, and suffers from epilepsy.

Before I started self-directing I was a little lost in red tape, and Corey and I were very bound by service providers. While we were affiliated with service providers, it was very frustrating most of the time when the service providers couldn’t supply support workers for the hours that were needed. We often had different support workers that would just turn up and not know anything about Corey or his needs. As Corey cannot communicate, I would have to go through all of the information about his needs each time.

While we were with service providers, I also never knew how much funding was left or how much we even had to start with, so our experience before self-directing was very rigid and uninspiring. Corey was always upset and had little or no quality of life. In fact, he was just existing!

Then we started self-directing, and things changed. We employed awesome support workers who are now more like family than employees. They love to do what Corey loves and they love to help him with different experiences. Having the right support workers are the key to having a happy experience. Having the same workers coming each day means that they get to know Corey and know what he wants, which is a big relief. Corey now has more of a social life than most of our family. He goes to things such as music therapy, swimming and has lunch twice a week with his friends. Accessing the therapy that Corey needs is now easier and he also gets much more community access, which is giving Corey a much richer and more fulfilling life.

At first I was a little scared of how I would manage, but with the help from Bespoke Lifestyles and all the wonderful staff there, it was even easier than when we were with a service provider. I was worried about staffing but have actually found that it is quite easy to obtain staff, and it is staff that I can pick myself and approve of, not some service provider’s choice.

“Corey’s life is so much fuller and enriching and he is now living, rather than just existing.”